The new jewel in Auckland's crown

Karangahape or K'Road – once a strategic ridge Maori traveled to cross from the Waitemata to Manukau Harbours -  will undergo a major transformation over next six years.

The street is named after the Tainui ancestor Hape, who  was left behind when the Tanui set out from Hawaiiki in search of new lands. Hape was excluded from the canoe due to his ‘clubfoot’ but legend has it he made the journey to Aotearoa, New Zealand on the back of a stingray, preceding the arrival of his tribe by several weeks. On their arrival they saw him standing on a hill (Karangahape Road) and he welcomed them with a Karanga, or greeting call, and the event became known as Te Karanga a Hape, meaning The Call of Hape.

The area has gone through many changes in its history – once a distant ridgeline to early settlers – which the horse-drawn trams would struggle to reach, to a busy retail strip of department stores, tea shops and photography studios in the 1960’s. The street’s fortunes changed in the 1970’s however with the advent of shiny new suburban shopping malls which meant dwindling visitors to the city.  With empty tenancies and an array of ‘mixed bag’ retailers, Karangahape Road then gained an illicit reputation as Auckland’s red light district with its jumble of clubs, strip joints and pubs.

With the recent growth in apartment options, international students, and upbeat eateries the once seedy street has undergone a renaissance.  Today, Auckland’s grand old arcade Saint Kevin’s is fully tenanted and a showcase for what sympathetic and classy renovation can achieve. The people have returned to K’ Road (as the local’s fondly refer to it) and it’s now the vintage, retro and tattoo shopping capital of New Zealand – a vibrant and creative city hub in the inner city.

Key changes planned include a new train station, better links through Myers Park into the city, and the re-development of Beresford Square as the entrance to the future City Rail Link station. Native tree planting along Karangahape Road together with a new cycle path to link with the Grafton and Newton Gully cycle ways will all add to the locale.

The City Rail Link project will establish a new train station at the top of Beresford Square, near the Pitt Street and Karangahape Road junction. The new train station platform will be approximately 33 metres below ground.  The City Rail Link is due for completion in 2021 and will essentially extend the Western Line into Britomart doubling the capacity of people the system can carry.

The ‘Hello Auckland’ tour includes a walk down K’Road because it’s a historic and local spot that most visitors miss (and locals avoid)  - yet it really is the beating heart of uptown. Come see for yourself!

How Auckland got its name 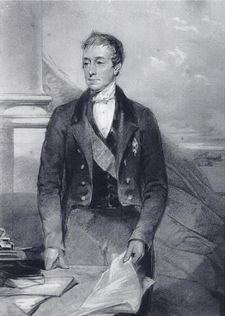