We often get asked ‘which walks would you recommend close to Auckland?” We’re so blessed to live surrounded by breathtaking walking tracks that it’s kind of like being asked to choose your favourite child. But if you’ve only got a few days based in the city then here’s some tracks and trails we love like our own.

Auckland’s Coast to Coast (18 km, 5 hours, Difficulty: Moderate)  Where else can you walk across a country in a morning? 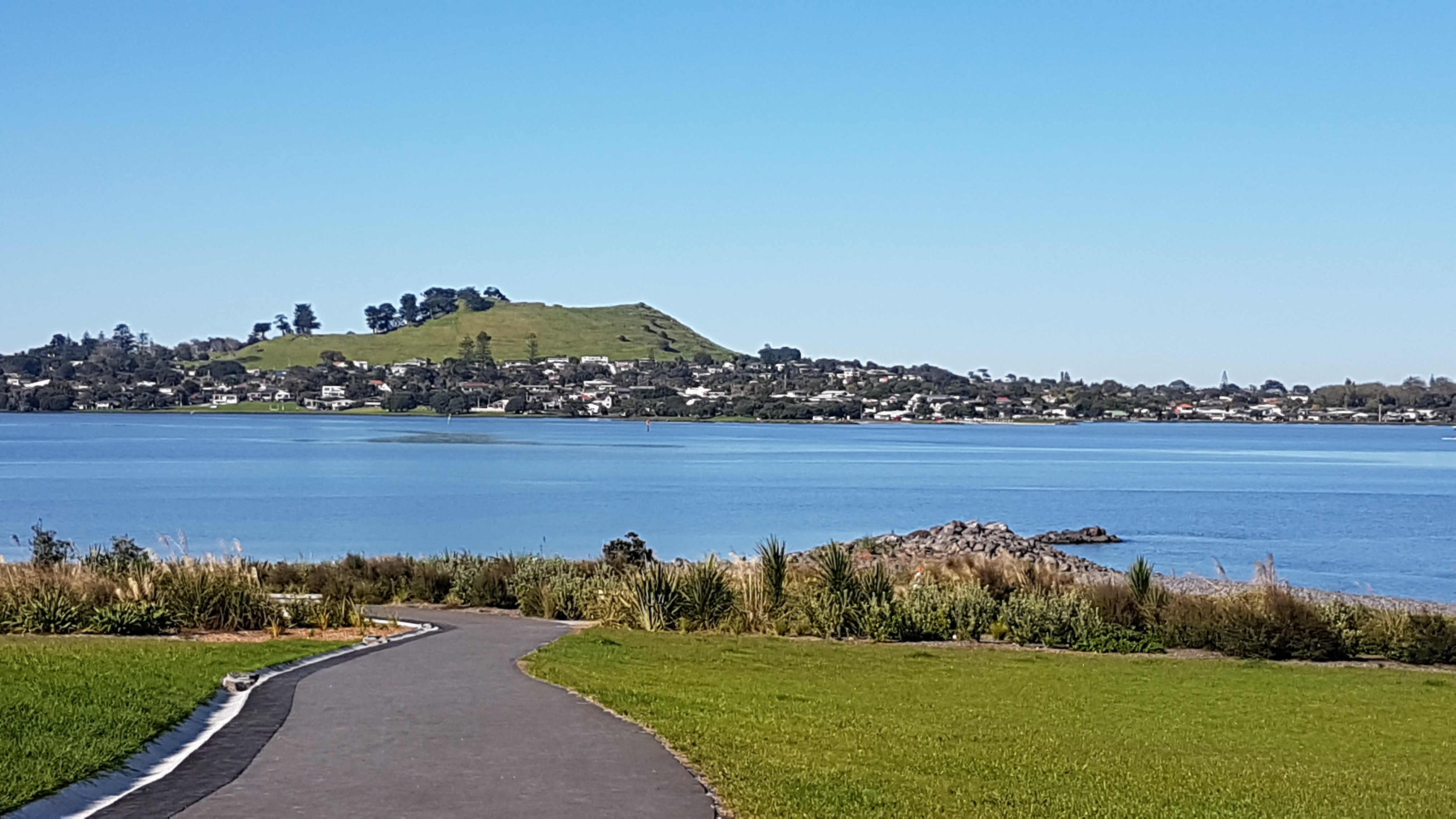 This metropolitan walk spans two oceans, volcanoes, views and reveals life in Auckland’s quiet suburban streets. Best of all around two thirds of the walk winds through parks and green spaces. We recommend starting at the least scenic end of industrial Onehunga. Take the train west from downtown’s Britomart station then start walking east towards the city for the stunning harbour views. You’ll earn them! At walk’s end you can reward yourself with a brew beside the Waitemata Harbour, one of the most beautiful harbours in the world. Just a warning, there aren’t many cafes en-route (Cornwall Park) and it’s not well sign posted either so plug the Ferry Building into your phone map or drop into the city iSITE for a trail map.

Te Henga Walkway (12 km, 4 hours, Difficulty: Moderate)  Forming part of the spectacular Hillary Trail, the Te Henga Walkway is a West Auckland walk which crosses the cliff-tops from Bethells to Muriwai.  It’s possibly the most interesting and varied track in the Waitakere Ranges. You’ll need to take two cars and leave a car at each end so you can begin the track from Bethells Road crossing the Waitakere River footbridge where you'll quickly rise to stunning coastal view. Take in Bethells, O'Neill Bay and phenomenal coastal vistas before tackling the staircase exit to Constable Road.  Local’s tip: Pack a picnic and linger for the views.

Rangitoto Island to Home Bay (15 km, 6 hours, Difficulty: Moderate)  Yes you can walk up the summit but this is where the local’s go for a picturesque blend of volcanic, coastal and farm scenery. Take the inland route from the Rangitoto Wharf to the Islington Bay Wharf, crossing the causeway to Motutapu Island and over farmland to reveal the idyllic Home Bay. Follow the same track back after a much needed break at the campsite or take the Coastal Track back to the Rangitoto Wharf from the Islington Bay Wharf (note this detour will add an hour to your trip). Offering beautiful views and a really unique perspective of the Gulf, plenty of water is required as there's none on either island and careful planning to work with the ferry timetables.

Rotoroa Island  (Allow the whole day)  Another island walk, Rotoroa Island east of Waiheke has recently been reopened to the public after 100 years as a rehab centre. Now thriving with wildlife, visitors can explore the island sanctuary and idyllic bays from Cable Bay on the northern side to Ladies Bay on the east. Catch the once-a-day ferry from downtown in the morning which returns to pick you up later in the day. Take adequate food and supplies. Local’s Tip: Visit Kiwi environmental artist Chris Booth's sculpture on the southern tip of Rotoroa.

Matiatia – Owhanake Loop, Waiheke (8.5km, 2-3 hours, Difficulty: Moderate) A great option when you do not want to venture far from the ferry terminal in Matiatia, Waiheke. Offering great views of the Hauraki Gulf, the scenery is nothing short of spectacular. Break up the loop by stopping for lunch and wonder around the lovely shops in Oneroa. Or pack a lunch and have a picnic in an idyllic location of your choosing. Remember to pack swimwear and spend an hour or two relaxing on the beach, soaking in the island lifestyle.

Wenderholm Regional Park (5 km, 1.5 hours, Difficulty: Low)  We’ve left the easiest to last. Drive north some 45 minutes towards Wenderholm Regional Park. Nestled between the inlets of the Waiwera and Puhoi Rivers, the park offers sprawling grass for picnics, plenty of trees to climb, a beautiful white sandy beach and best of all, a lovely loop track suitable for all ages. The Perimeter Track is aptly named as it follows the boundary of the park beginning from the carpark through native bush where Tui and Kereru are abundant. Winding upward there's a great mix of sights, sounds and well-formed steps as you make your way to the top of the track toward spectacular views of the park, Sullivans Bay and Motuora Island. Descending along the cliff edge and back into bush past the old water reservoir catch a glimpse of the historic Couldrey House homestead before spilling out to any number of idyllic picnic spots. On the return journey,  stop at the Waiwera Thermal Pools for a relaxing drip and some hot chips.

Of course, if you’ve only got a day in Auckland then join us on a guided walk for the city’s laneways, legends and loads of local advice.